The 2015 Merryvale Chardonnay is a real deal California Chardonnay priced way below what I would expect after tasting it.  Although they are a Napa area staple (I frequently stop at the Gotts across the street for lunch, but haven’t made it to the winery yet), I always associated Merryvale with middle of the road wines.

This Chardonnay is changing my perception.  Next time I’m grabbing a burger across the street, I plan to make my way over to the winery.

Costco’s price is $23.99, which is quite a bit off the retail of $35, but I noticed K&L (one the of the best online wine merchants) had it for $25 online. So Costco’s price is more than fair, and quite frankly well worth it for a wine of this complexity and dimension.

Golden yellow on the pour, this wine has a little spice on the nose, and starts with big aromas of baked apple pie with cinnamon, into some green apple, lemon and lime flavors; it’s fairly hefty in the mouth leaning towards full in body; good acidity.  The finish is dyno-mite, with a little bite and it sticks around forever.

I know most people don’t decant white wines, but I’m going to recommend decanting this one.  It really changed over the course of an hour from when I pulled the cork to when I had it poured in a few glasses with exposure.  And the second round of pours released even more beauty.

And the critics seems to agree, giving this one 90+ points across the board; the highest rating coming in at a whopping 94 points from Wine Enthusiast. 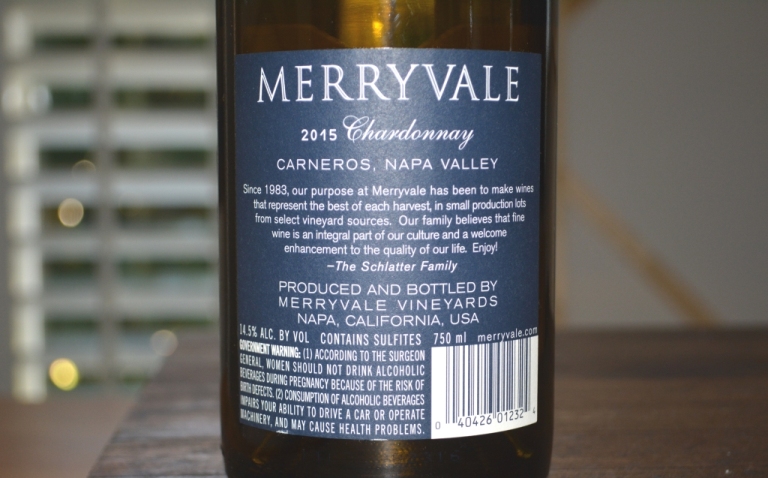 I have a feeling Costco’s price on this wine might be among the best we’ll see.  If this sounds like your type of Chardonnay you’re in luck.  I have to admit, this one surprised me, in a good way, with quite a big more going on than I expected.  I’ll be adding to our Top Picks list (which has quite a few good Chardonnays on it lately; perfect for the fall months).

One more note on this wine.  This would be a nice white to put away for later as we enter the Thanksgiving and Christmas holiday months.  When it’s cold out, and you’re celebrating these holidays, a wimpy weak white just won’t hold up.  This wine will.  I plan to pop one of these out at the Thanksgiving table, alongside some other reds.

Let us know if you agree or disagree about this and other wines we review in the Costco Wine Blog Forums.  We have a great community of Costco wine drinkers who follow this site.  Don’t be bashful.  Head over to the forums and share your opinions. They benefit all of us.